Next Up: The Solar System 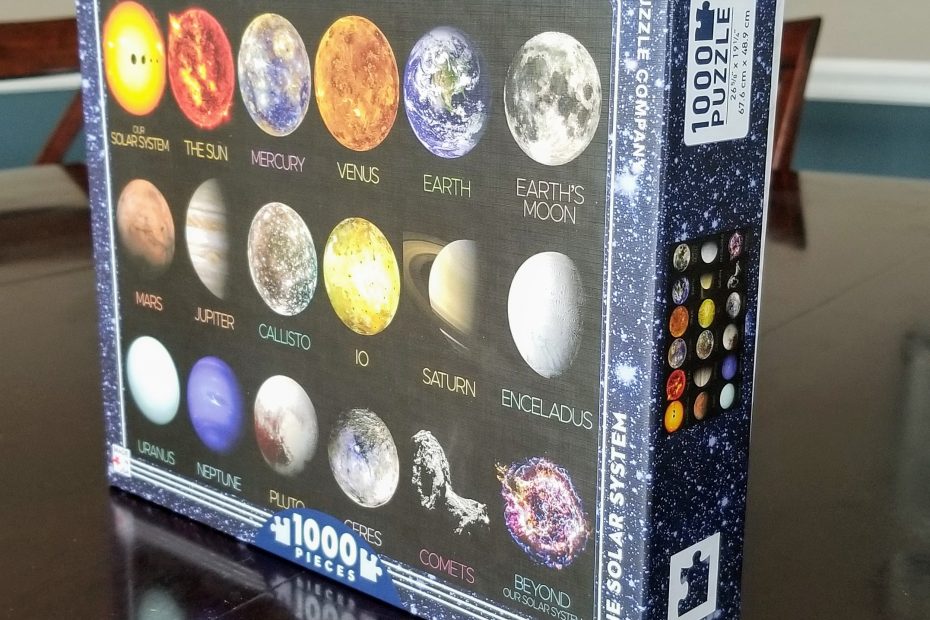 Last night we unboxed and got started on the The Solar System from New York Puzzle Company. This is the second of the three that I ordered at the end of December for us to do. I’ve already extolled the virtues of why we love NYPC, so I don’t need to revisit all of them. Though, after our missing edge piece in the last NYPC puzzle, we are extra pleased with them! We contacted support and they informed us that each puzzle is cut so uniquely that they couldn’t sell us a replacement piece because they wouldn’t be able to cut an identical piece. Since we had moved furniture and packed up the Christmas decor, we couldn’t fully say that we hadn’t just lost the piece, and didn’t feel comfortable saying they never shipped it to us and getting a new puzzle. Just a part of the character of each puzzle!

We unboxed The Solar System last night and noticed that the cuts this time didn’t seem to be as sharp as usual (though still weird). Clark even commented that it feels like it was cut about as well as a Little Caesar’s Hot ‘n’ Ready. There are a ton of pieces that came out of the box very stuck together. 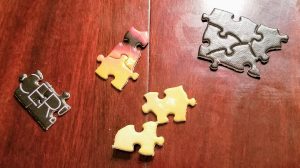 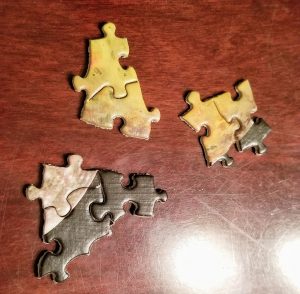 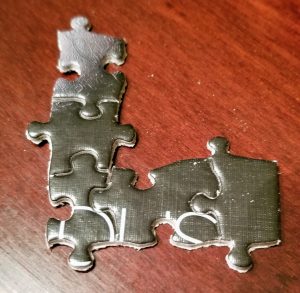 Either because of pieces coming out together (and these are only some of them!), or because we’re just getting faster at this, we ended up blowing right past “unbox and flip everything over” to “let’s get it started!” yesterday. We made some really good progress, very quickly. The border is solid black with only some outie bits having little dashes of color to match to the planets. I think we’ll mostly be putting planets and moons together first, then filling in the black edges. I say this after having attempted to put together the bottom edge because there are planetary body names and I thought it would go quickly. I ended up getting the names together then getting frustrated with finding the black bits in between, so I switched to working on planets with Clark.

Even with this quick progress, we’ll probably spend the longest trying to fit in the solid black pieces in the right spots.