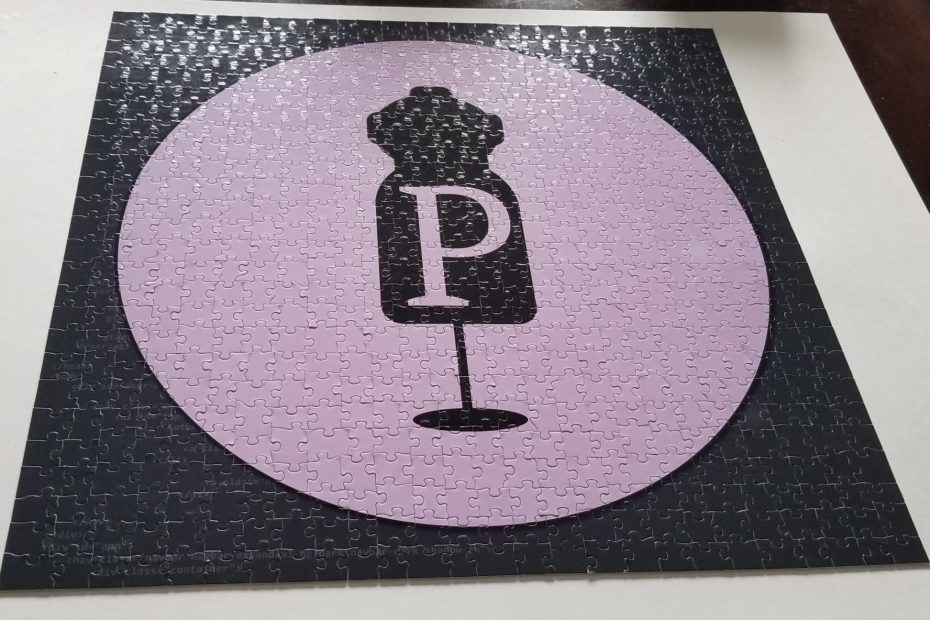 Well, well, well. Here we are again, a wrap up — even if it’s five months later than we expected it to be! It was really hard to not start this post with laughing emojis after re-reading the next up post from March. 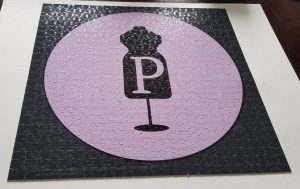 I officially launched right as the country shut down from COVID, and I have been trying to work on a big new feature through out the year, it’s almost ready, though it won’t be ready to launch in time for the wrap up post on this!

Well, even though it’s been five months, I’m no closer to launching that key feature. Life really got in the way with a lot of things, including this puzzle.

[…]we already know a lot more of what to expect. We know that the pieces will be symmetrically cut, and loosely fit, so we’ll need to be cautious that we don’t accidentally switch pieces around and make things harder on ourselves. Perhaps Clark should start with the border, and I’ll start with the large lavender circle — fewer places for me to switch around pieces!

This was the part of the next up post I laughed hardest at, because even though, yes, Clark did most of the border, and I did pretty much all of the dress form, one of the things that tripped us up as we came back to work on this was that I had put a piece in that I thought fit, but it didn’t. This happened several times, where due to the loose cut, more than one piece fit in a spot. Before that though, we just… stopped working on this. In our last social media post on March 27, we showed that we had the border all the way into the outer part of the lavender circle, and the dress form with lavender all around, but not much.

Our dining table (where we do the puzzles) got super dusty, and we barely picked at it over the last few months. Clark asked me to include that it wasn’t that it was hard per se, just a LOT of lavender coupled with the loose fit of Collage.com puzzle pieces that made the puzzle extra daunting for us. If the fit was more snug and clear like, for example, in Apostrophe Puzzles, it would have still been a big task, but certainly more enjoyable. I also was still a little burned out from all of the lines in the Detroit Map by Lantern Press (which they seem to not sell anymore?) so I was glad to get a break from the tedium. Like how our finished Detroit puzzle is framed and hanging in our dining room, Clark said he plans to get this puzzle framed for me and when I have a dedicated office/sewing space, it will hang there.

After two puzzles from Collage, I think I can firmly state that we will not be ordering from them again. If you do choose to order from them, I would highly recommend that you make sure to create a lot of uniqueness in each piece with your design so you don’t get tripped up quite as much as we did with the loose fit of these pieces, especially with them all the same color.

P.S. The kiddo wanted to make sure you all knew that she helped also!